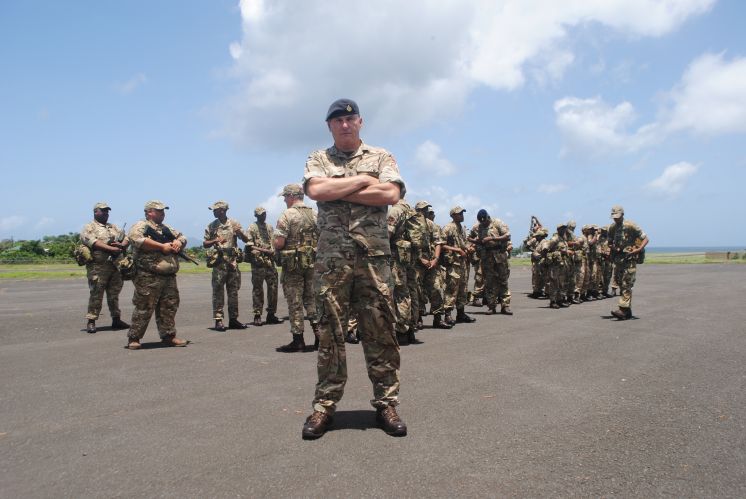 About 120 soldiers from the Royal Bermuda Regiment arrived in the Caribbean today (THURS) to join a massive multi-national disaster relief exercise.

The troops bedded down in the disused ET Joshua Airport before phase two of Exercise Tradewinds 19, which will involve a variety of tough scenarios, kicks off in earnest tomorrow.

Lance Corporal Gary Dowling, a bandsman and member of the humanitarian aid and disaster relief (HADR) company, said: “We’re still waiting to be tasked, but I know there is a lot planned.”

L/Cpl Dowling added: “It’s a really brilliant spot. They’ve tried their hardest to give us a relatively comfortable standard of living to help us get off to a good start.”

ExerciseTRADEWINDS, in its second phase after an intensive planning session in the Dominican Republic, involves soldiers, sailors and airmen from over 20 countries.

It is the first time a contingent from Bermuda has had any involvement in the annual exercise, run by the US Southern Command – SOUTHCOM – for almost 30 years.

Other countries represented include the UK, Canada, Jamaica and France, as well as forces from the host country. 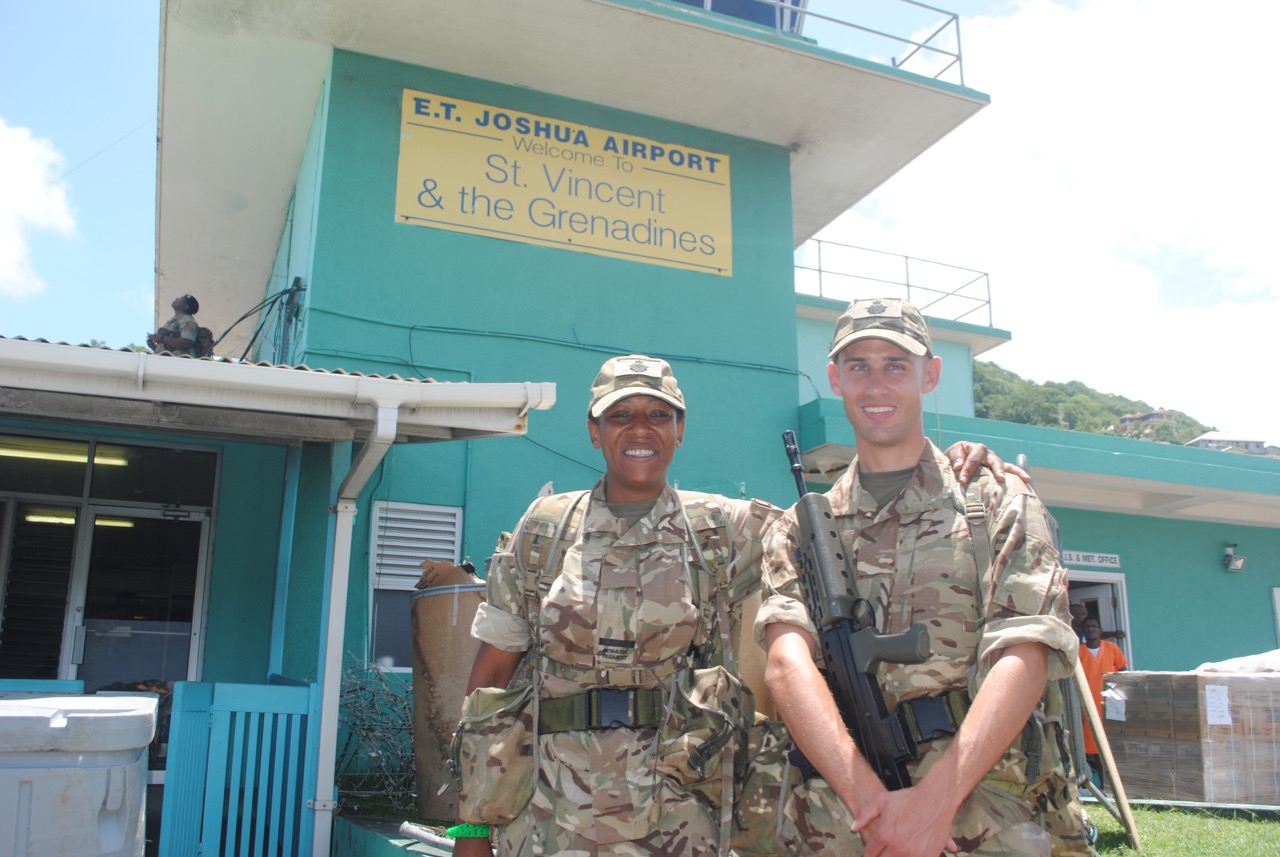 Private Marketa Raynor, 36, of Hamilton Parish, said: “I love it so far. The scenery is fantastic and the atmosphere is awesome – much better than I expected.”

Pte Raynor, a housekeeper at the Elbow Beach hotel in civilian life, added: “The military from the other countries have been really cool.

“It’s like being around Bermudians you haven’t seen for a while.”

She said: “The accommodation is quite basic,, but much better than living in the bush.”

Private Adam Curley, 30, added: “I’m looking forward to the exercise. It’s always good to meet new people and hopefully we will learn from each other.

“The RBR has a huge amount of experience with hurricanes.”

RBR Commanding Officer Lieutenant Colonel David Curley said the first tasks for the RBR contingent would be to refresh their skills and rehearsals for scenarios, which will include practical exercises and tests of knowledge.

He added: “The soldiers are very enthusiastic – it’s an adventure for them, it’s a different country, culture and the climate has already begun to test their resilience as it is already hot and very humid.

“We will be working closely with Caribbean agencies and security force  and at the end of it our soldiers will be a lot stronger in all aspects of disaster relief and humanitarian aid.

“If we are ever called on to do this for real at home or overseas, we will be well prepared.”

Col. Curley said the scenarios used to test the RBR’s skills were still being kept secret – but predicted a grueling workout.

He added: “We needed to do something different and Tradewinds was an operation which was ideal. We performed really well during the first phase of the exercise  and that leads directly into phase two.”

Col. Curley said: “We are a modern and forward-thinking force and have restructured to be better organised to face the threats to Bermuda that we’re most likely to see.

“We also want to provide interesting, enjoyable and testing training to our soldiers and to develop skills that they can easily transfer to civilian life.”