Tonnes of emergency aid supplies were today loaded on board a Royal Navy ship bound for the hurricane-ravaged Bahamas.

HMS Protector, the Navy’s Antarctic patrol ship, will stop off in the Bahamas with RBR Colour Sergeant Sheldon Fox and National Disaster Coordinator Steve Cosham on board to deliver the massive amount of food,  water, hygiene supplies, plywood and other donated items.

Colour Sergeant Fox, student Bandmaster with the RBR Band & Corps of Drums and also trained in disaster relief, said: “It’s a bit different from music, but it’s part of the versatility we offer to the country.

“I’m doing the management and handover of supplies in Bermuda and in the Bahamas to ensure it all gets to the right people.”

The 32-year-old former music teacher from Warwick, now a full-time soldier, added: “I wasn’t expecting to be doing this this weekend, but it’s the nature of the job – we serve the people.

“I’m looking forward to representing the Regiment and Bermuda and helping where I can.”

CSgt Sgt Fox was speaking as sailors from HMS Protector stowed an estimated 500,000 kilograms of disaster relief supplies, donated by the Bermudian public and businesses over just one weekend, in its hold before it steams to the Bahamas tomorrow (MON).

Small businesses with trucks and large companies volunteered their vehicles to transport donations from the main collection centre at the Hamilton Seventh-Day Adventist Church on King Street to the dockside on Front Street.

Soldiers and volunteers had earlier stacked donated goods on pallets and secured them at the church for easy loading on board Protector, which stopped off in Bermuda en route for patrol duty in the Antarctic.

Private Trent-ton Daniels, 22, who worked alongside Protector’s crew, said his civilian background as an employee at Price Rite in Spanish Point meant he had experience of forklift trucks and pallet transport.

He said: “The moment they asked me to do this, I was more than willing. I do it for my job and it’s great to do it for my country and help out our sister islands as well.”

The Abaco Islands and Grand Bahama suffered massive damage after the Category 5 Hurricane Dorian slammed into them last Sunday.

The International Red Cross estimated this weekend that more than 70,000 people had been forced to flee their homes and that 45 per cent of homes in the devastated islands had been destroyed or severely damaged.

Captain Matt Syrett, the Commanding Officer of HMS Protector, said: “We’ve arrived in Bermuda at an opportune time and we’re delighted to be able to assist.

Capt. Syrett added: “We could stay here and load much more because of the generosity of the Bermudian  people, which has been very impressive.”

But he said the need for aid in the affected islands was so great, the ship would be most useful by getting assistance there as fast as possible.

Lieutenant Commander Robbie Nash added: “We’ve all seen in the press the devastation that Dorian caused and we’re very proud to be representing Bermuda, the UK government and the Royal Navy. We’re glad to help out.”

Governor John Rankin, also the Commander-in-Chief of the RBR, dropped off his own donation at the church on Saturday and visited the massive military and civilian effort to pack and move aid supplies today.

He said: “The people of Bermuda have been incredibly generous. I am grateful that HMS Protector, together with the Royal Bermuda Regiment and with support from the community and the City of Hamilton, are loading everything on the vessel so they can take it to the Bahamas and help those who so desperately need assistance.

“The international community as a whole is determined to help the Bahamas in its time of need and Bermuda is playing its part in that effort.

“I hope all the material that is coming from here will help get people back on their feet and provide them with what they need to get them through the difficult days, weeks and months ahead.” 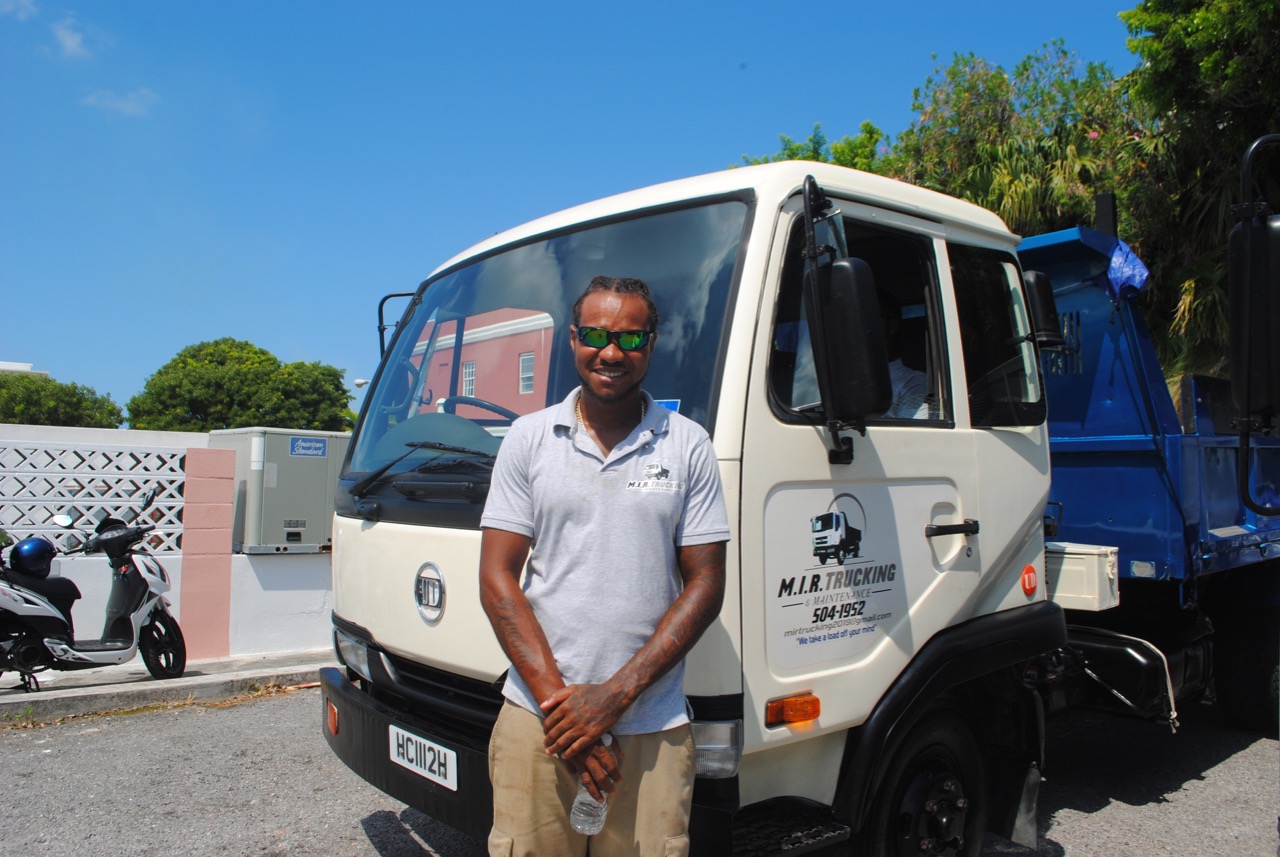 Manai Roberts, of Smith’s-based MIR Trucking, was one of dozens who came forward to help transport tonnes of aid to the Navy ship.

Mr Roberts said: “I figured, at the end of the day, if something like that happened to our country, people would do the same for us. I just like to help people and I enjoy doing it.”