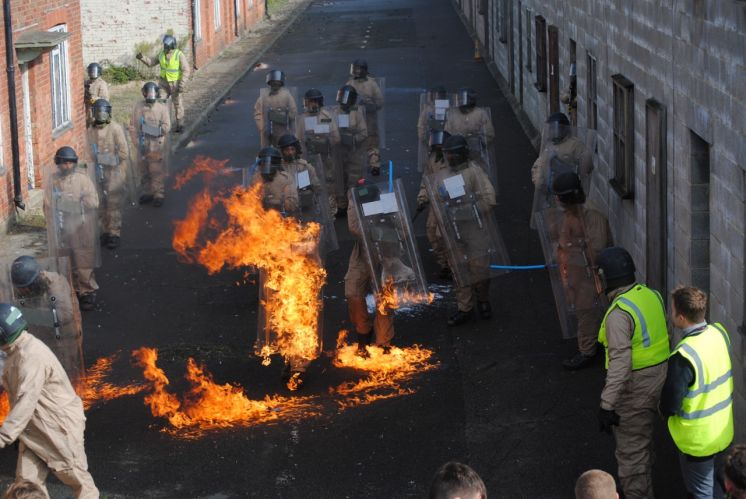 Island soldiers passed a gruelling test of their public order and internal security skills at the weekend.

The Royal Bermuda Regiment troops were put through their paces under the eagle eyes of experts from the British Army’s Mission Training and Mobilisation Centre to achieve the UK military standard base level for platoon crowd control operations. 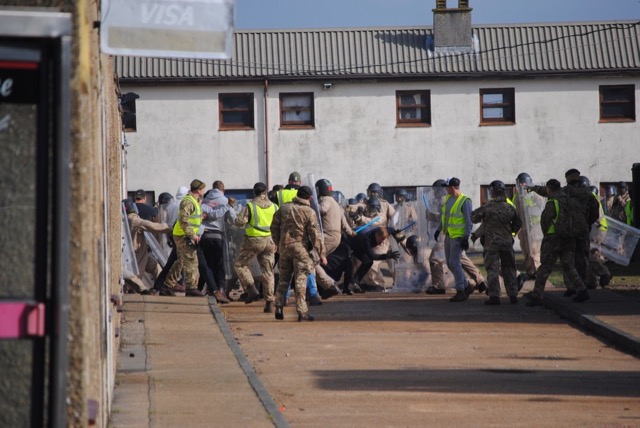 “It was more full on than it was on previous days – we did well, but there are things we need to work on.”

Pte Simmons, from Sandys, said that training on-island meant that the opposing force were fellow RBR soldiers and the chance to go through public order paces against professional British Army troops from the Royal Anglian Regiment was more realistic.

He added: “These guys were coming at us like they were really rioting and if we weren’t prepared, we were going to get hurt.”

Pte Chanara Smith-Rookes, 20, from St George’s, a piccolo player in the Band & Corps of Drums, marched to a faster tempo after she volunteered for attachment to public order specialist A Company for the exercise.

She said: “It was a bit different to what I’m used to. Physically, I was fine, but mentally, with everything going on around you, it’s hard to take it all in.

“But I handled it well. I would say I enjoyed it – it’s a different experience. But I’ll be glad to get back to the band.”

Pte Smith-Rookes, who works for the Bermuda Pie Company in St George’s, carried a rifle in the squad protection role and also stood on the base line armed with a shield and baton.

She said: “I did manage to get a few hits in – one of the Royal Anglian Regiment soldiers congratulated me and shook my hand afterwards because he recognised who I was.”

Pte Tom Patterson, 23, from Hamilton Parish, added: “It could have gone better, but that’s why we’re here – to learn.”

The Bermuda College business student added: “It was extremely intense. But I enjoyed it – right up until I got kicked in the shield and sent flying.”

Sgt Armstrong, from Pembroke, said: “We were put through our paces, learned from our mistakes and delivered the final product.

“Having been on the front line as a private and then dropping back as a team leader, that experience equipped me for the role of platoon sergeant.

“It’s about troop management and looking out for their safety, as well as achieving our aim.”

He added: “It’s been very worthwhile – I have previous experience, but the majority of the troops here were doing this for the first time. We don’t have facilities like this in Bermuda, so it’s great to be able to capitalize on my earlier training.”

The troops were speaking after the last day of public order and internal security training last Friday.

Pte Lewis Barclay, of the 1st Battalion Royal Anglians – The Vikings – said he was impressed by the spirit of the RBR soldiers.

The 21-year-old professional added: “They did well. They upgraded over the days and got better. The training worked.

“We found the first couple of days quite easy – but the final day was a lot tougher for us. They were hitting a lot harder and keeping it together.”

RBR Major Duncan Simons, the second-in-command for Active Shield, said: “We showed we were at the base line standard for platoon level public order operations.

“Some of our shortcomings were pointed out, but, under tremendous pressure, no one lost their cool.”

Maj. Simons added: “The chances of anything like this happening in Bermuda are very small, but we have to maintain that capability as part of our mandate.”

The RBR contingent will this week start vehicle checkpoint and urban patrolling training, as well as key point protection work and shooting practice on hi-tech ranges with moving targets. 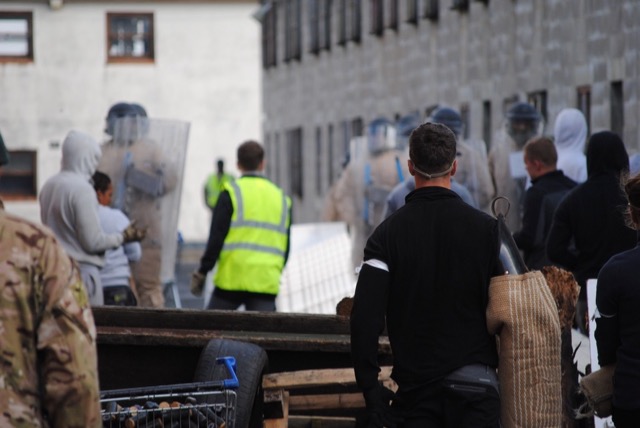 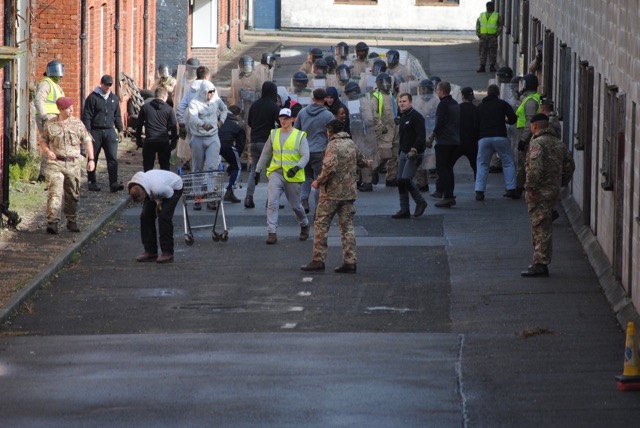 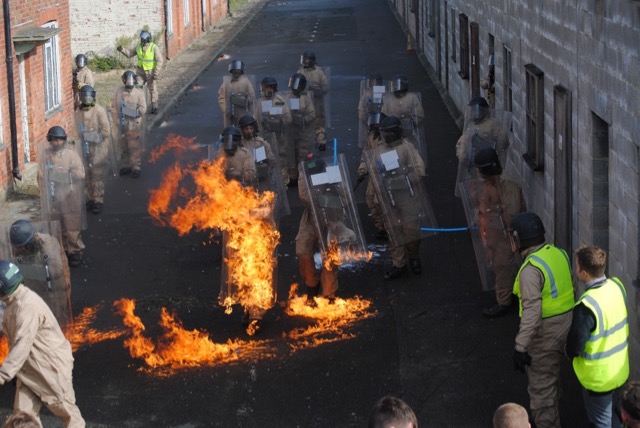 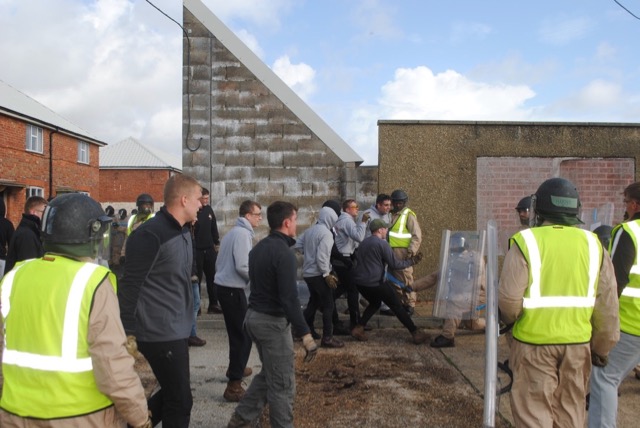