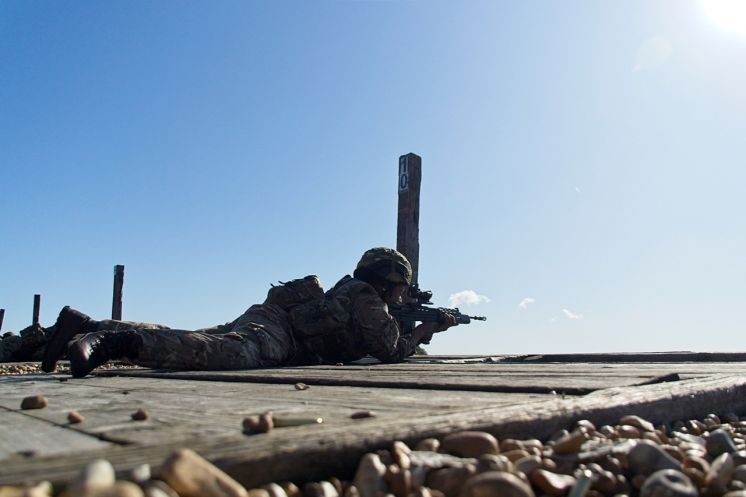 More than 100 Royal Bermuda Regiment soldiers returned to Bermuda at the weekend after two weeks of public order and internal security training at a British Army training ground.

The troops used  used realistic villages at Lydd training camp  in Kent to hone their public order skills against opposition proved by professional soldiers from the Royal Anglian Regiment. 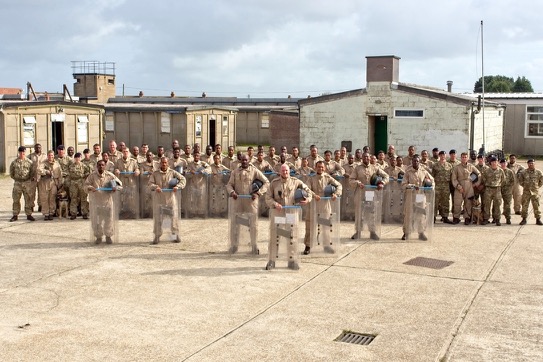 Corporal Dijon Arruda, 31, from Warwick, said: “Active Shield was different – I learned a lot of new things. I’m a basic public order instructor and I learned a few tips and tricks.

“It was interesting having the dog unit involved and seeing how things changed because of that.”

Cpl Arruda, who works in purchasing at the Hamilton Princess, added: “I’ve enjoyed it very much. Being able to be in the village in an urban setting really opens up your eyes and we learned a lot of things we can bring back home.

“Based on the feedback, my group did very well on Active Shield and achieved what we set out to achieve.”

Private Owen Chisnall, 25, from Southampton and a project manager with air conditioning firm BAC, said: “The exercise was great. There were a lot of good experiences out there. We definitely learned some new skills.

“The public order training was really fun and you can’t go wrong spending a couple of days on the ranges.”

Pte Andrea Burrows, 21, from Pembroke and at 5ft 1in the smallest and lightest soldier on the exercise, held her own against repeated onslaughts by the Royal Anglians during the public order phase.

Pte Burrows, who works at hardware store Gorhams, said: “I’m taller than my shield when it’s resting on the ground – but not by much.”

She admitted: “I was nervous at first because it was something new to me, but once I got used to it, it became second nature and I enjoyed it.

“I got first hand experience of what it’s like on the front line and got to see what soldiers and the police do to protect their country.

“I was part of something bigger than myself, but I’m looking forward to the nice warm weather at home.” 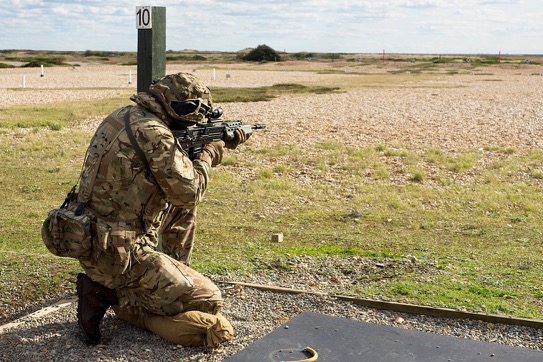 Lieutenant Travis Stevens, an information risk manager at professional services firm KPMG, who commanded an Operational Support Unit platoon, said: “Some of our soldiers came in to the RBR as late as February and they were able to pick up skills, drills and tactics you would expect to see in more senior soldiers.

“I was very pleased with their performance and, more importantly, with their ability to self-motivate in sections and platoons. I have never seen morale so high on an exercise like this.

“When they were getting hit with Molotov cocktails or rubber bullets from as close as ten metres away, they showed a level of maturity that really impressed me. This was a very worthwhile exercise.”

Lt Stevens highlighted the support shown by his own firm and others to soldiers who commit their time to the RBR.

He said: “They are good corporate citizens and Regiment service helps to develop individuals and their companies as well.

“Good employers recognise the benefits of having individuals who are immersed in an environment that forces leadership – that translates into the workplace as well.”

Sergeant Major Chauncey Durham, a 32-year veteran of the RBR, was Company Sergeant Major for the exercise, in charge of discipline, standards and administration.

Sgt Maj. Durham, a Customs officer in civilian life from Southampton, said: “The soldiers worked very well out of their comfort zone, got stuck in grasped the training.

“They learned professionalism, and learned the job of a soldier is not fun and games. It’s hard work, but it’s rewarding hard work.”

Major Preston Gill, who had overall command of Active Shield, added: “The Royal Anglian Regiment said that, in comparison to the British Army Reserves, we can hold our own.

“Our troops were rated competent in public order and we are now the only Reserve unit that has been assessed for public order duties and assessed positively.”

Maj. Gill added: “They gave us an indication of areas where we can develop and equipment we could acquire.

“It was extremely valuable and not the kind of thing we could do at home. The British soldiers were very tough on us and that’s hard to replicate in Bermuda.” 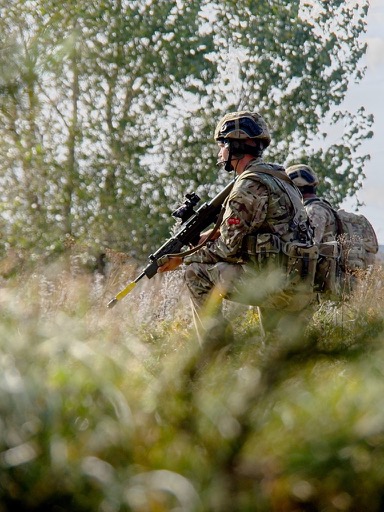