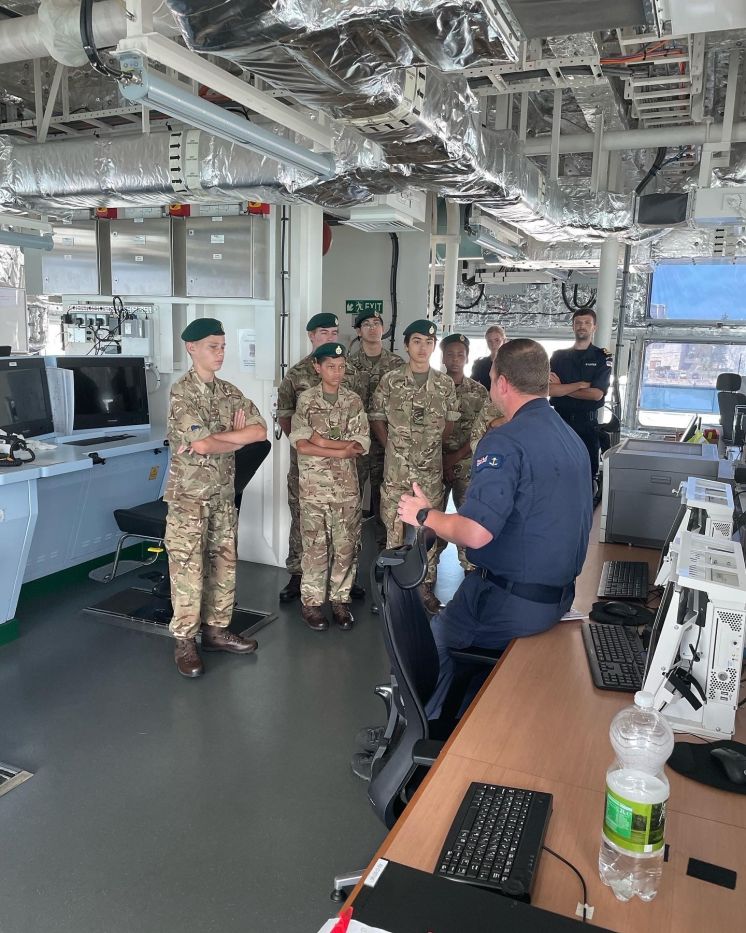 Captain Gavin Rayner, commandant of the youth programme, believes that ideally it would have up to 50 in its ranks so that more seasoned members could further expand their duties.

He explained: “It’s a nice number to work with kids. Because we’re the military we have rank structures as well and that’s afforded them in the junior programme.

“We put on training for them so that they can be promoted, then they can start taking on more responsibility at whatever rank they are.

“With 50 or 60 kids we will need peer mentoring. The adults are there but ultimately as a leader, we want them to be in a position to teach their own friends, teach kids younger than them and so forth.”

As the RBR’s youth wing, Junior Leaders offers military activities for people aged from 13 to 18, including field craft, supervised rifle training and drills.

The youngsters take part in parades while community efforts might involve beach clean-ups.

A partnership arrangement means that Junior Leaders can also earn credits towards Duke of Edinburgh awards.

About 12 youngsters are part of the current regular cohort of Junior Leaders, with training typically held on two Friday evenings and a weekend each month.

He added: “Also to have some initiative, and thinking about what they’re doing, what comes next.”

Capt Rayner said the teenagers join for different reasons, including “the go-getters that come and want the adventure”.

Others might be somewhat shy but then find themselves in situations where they “come out of their shell”.

Capt Rayner gave the assurance: “They can all benefit from it.”

An influx of new recruits by the end of January would mean young people can get settled in the programme before this summer’s camp.

More information and enrollment forms can be found at www.bermudaregiment.bm/junior-leaders .